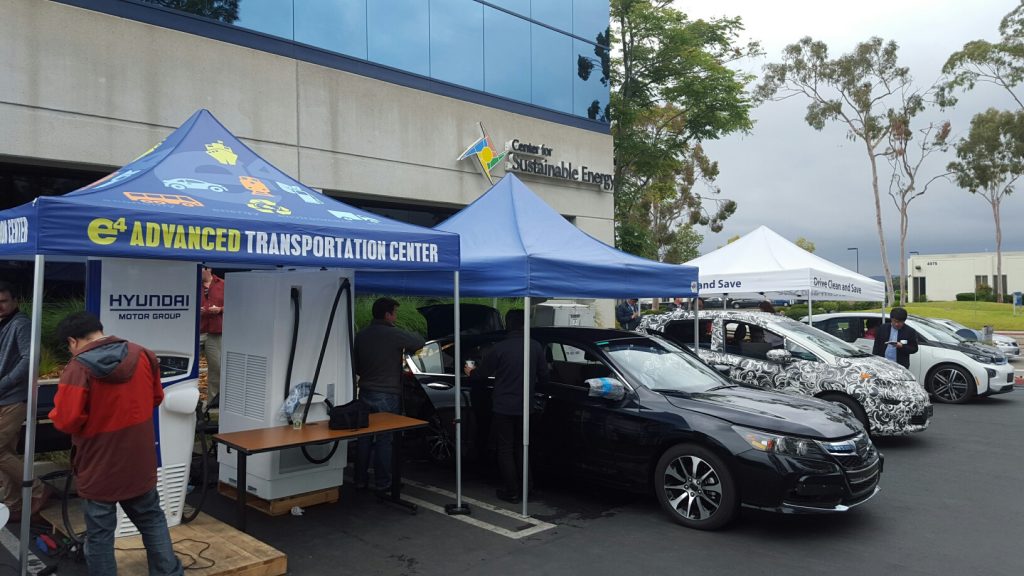 As part of the fourth iteration, the previously established title “Testival” was renamed to “International ISO/IEC 15118 Testing Symposium”. It was held at the Center for Sustainable Energy (CSE) in San Diego, CA, USA in the beginning of 2016. It was the second event in the United States and again a great success with more than 90 international participants from 38 companies, universities and research centers. Starting with this event a Test PKI was officially distributed to all PNC participants. Again, a solid number of DC EVs and EVSEs were participating in this first outdoor testing event of the series. Especially DIN 70121 implementations started to mature substantially among those who previously participated in the event. CSE published a press statement that is available here.